SEAN: The beginning of June! (Or, OK, the end of May if you go by most of these release dates.) What do we get?

Airship has new volumes. Berserk of Gluttony 6 and The Most Heretical Last Boss Queen: From Villainess to Savior 2.

And digitally we see early releases for Failure Frame: I Became the Strongest and Annihilated Everything With Low-Level Spells 4 and A Tale of the Secret Saint 3. 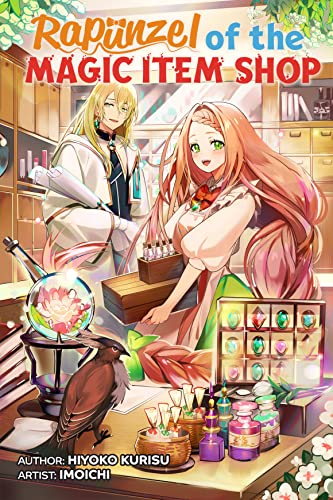 Cross Infinite World has another one-shot, Rapunzel of the Magic Item Shop (Mahou Douguten no Rapunzel), a one-shot shoujo light novel. A young sorcerer finds herself locked up for ten years simply for knowing magic. She’s rescued and brought to a household where she ends up treated with respect… but there’s also lots of secrets.

SEAN: Dark Horse has Blade of the Immortal Deluxe Edition 6.

ASH: Steadily upgrading my collection of this series to this new edition. The tomes are massive, but they look great.

SEAN: It is often difficult to put Denpa titles on here, as their website frequently updates release dates after the fact, and Amazon… well, Amazon is usually wrong. That said, it certainly looks like we get Baby Bear’s Bakery (Koguma no Keiki-ya-san) next week. This Monthly Shōnen Sunday title is about a baby bear who’s a terrific baker but not good at other things, like running a business.

ANNA: Ok, I’m curious about this.

SEAN: From Ghost Ship, we have the debut of I’m Not a Succubus! (Succubus ja nai mon!), which runs in Young Unreal Jingai, a magazine I have absolutely never heard of. A girl is attending a monster girl academy, but she’s not one… that is, until she pretends to be a succubus! Unfortunately, she forgot this is not only a Ghost Ship title but also a yuri title!

SEAN: They also have JK Haru is a Sex Worker in Another World 3 and Sundome!! Milky Way 4.

J-Novel Club has a new debut, VTuber Legend: How I Went Viral After Forgetting to Turn Off My Stream (VTuber Nandaga Haishin Kiri Wasuretara Densetsu ni Natteta). As with a lot of LNs these days, the title is the plot.

They also debut a new manga, Doll-Kara. This series from Manga Life Win has an MMA fighter, imprisoned for years, finally getting out… and getting hit by a truck. He wakes in the body of a comatose schoolgirl. What happens next? If you guessed “MMA”, you’re probably right.

ASH: The mention of MMA definitely caught my attention. 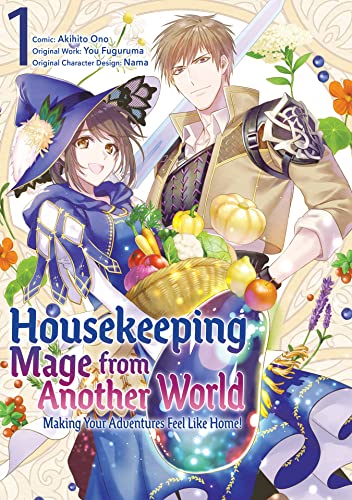 SEAN: We also get the manga debuts of two light novel series from J-NC. Fushi no Kami: Rebuilding Civilization Starts With a Village (Fushi no Kami ~Henkyou kara Hajimeru Bunmei Saiseiki~) runs in Overlap’s Comic Gardo, and Housekeeping Mage from Another World: Making Your Adventures Feel Like Home! (Kasei Madoushi no Isekai Seikatsu: Boukenchuu no Kasei Fugyou Uketamawarimasu!) is in Comic Zero-Sum.

ASH: Housekeeping Mage from Another World seems like it could be fun!

SEAN: Also from J-Novel Club: Der Werwolf: The Annals of Veight -Origins- 7, The Great Cleric 8, The Greatest Magicmaster’s Retirement Plan 13, I Shall Survive Using Potions!’s 9th manga volume, Magic Knight of the Old Ways 2, Monster Tamer 9, My Instant Death Ability is So Overpowered, No One in This Other World Stands a Chance Against Me! —AΩ— 4 (manga), Reincarnated as the Piggy Duke: This Time I’m Gonna Tell Her How I Feel! 6, and Seirei Gensouki: Spirit Chronicles 19.

MICHELLE: I sometimes feel bad that none of this stuff interests me, but that’s the way of things.

SEAN: No print for Kodansha. Their digital debut is The Rokudo Rounds (Rokudou Tousou-ki), a post-apocalyptic tragedy that runs in good! Afternoon.

Also digital: Anyway, I’m Falling in Love with You 3, Falling Drowning 2, My Pink Is Overflowing 6 (the final volume, I assume she finally called the plumber), Quality Assurance in Another World 5, and Those Snow White Notes 9.

MICHELLE: Both Anyway, I’m Falling in Love with You and Falling Drowning were pretty good, so I am looking forward to continuing with them. Also, snerk re: plumber.

SEAN: Seven Seas debuts The Duke of Death and His Maid (Shinigami Bocchan to Kuro Maid), which runs in the awkwardly titled Sunday Web Every. A boy is cursed to kill anyone he touches, so lives alone in his mansion with only his attractive childhood friend (who is also his maid) as companion. This sounds like Pushing Daisies, honestly. It also got an anime.

SEAN: Also from Seven Seas: Hitomi-chan Is Shy with Strangers 4, Machimaho: I Messed Up and Made the Wrong Person Into a Magical Girl! 10, MARS RED 3 (the final volume), Monster Guild: The Dark Lord’s (No-Good) Comeback! 3, The NPCs in this Village Sim Game Must Be Real! 3, Servamp 16, Slow Life In Another World (I Wish!) 3, Succubus and Hitman 2, Syrup: A Yuri Anthology 4, and Uzaki-chan Wants to Hang Out! 7. 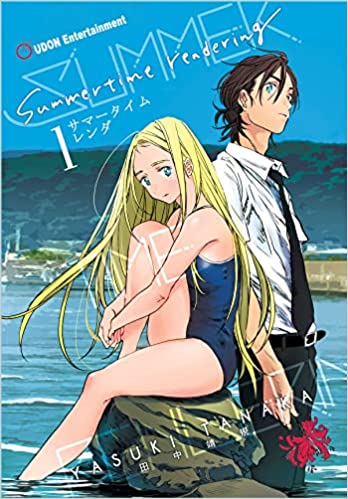 Udon Entertainment has a big release: the first three volumes of Summertime Rendering (Summer Time Render). This Shonen Jump + series has an anime currently running, and starts with a young man at the funeral of his foster father hearing that it may have been a murder. This has big time fans.

SEAN: Yen On has The Irregular at Magic High School 19.

Two debuts for Yen Press. The Holy Grail of Eris (Eris no Seihai) is the manga version of the light novel Yen released a few weeks ago. It runs in Manga Up!.

Also from Manga Up! is Re:ZERO -Starting Life in Another World-, The Frozen Bond (Re:Zero Kara Hajimeru Isekai Seikatsu: Hyouketsu no Kizuna). This adapts the anime-original OAV story about Emilia.

Yen also has The Abandoned Empress 2, Black Butler 31, The Hero Is Overpowered But Overly Cautious 4, I’m the Catlords’ Manservant 3, Magia Record: Puella Magi Madoka Magica Side Story 4, Reign of the Seven Spellblades 3, So I’m a Spider, So What? The Daily Lives of the Kumoko Sisters 3, and Yowamushi Pedal 20.

MICHELLE: Black Butler is another series that I forget is still going. I need to catch up on YowaPeda!

ANNA: Got to order YowaPeda, my kids like it.

SEAN: Manga! Light novels! So much! You? Buy?