Airship has two digital first debuts. I’m the Evil Lord of an Intergalactic Empire! (Ore wa Seikan Kokka no Akutoku Ryōshu!) is from the author of The World of Otome Games is Tough for Mobs, and is about a guy who lost everything in his previous life resolving to be evil this time. In space.

ANNA: I wonder if there are skeleton lords of space. 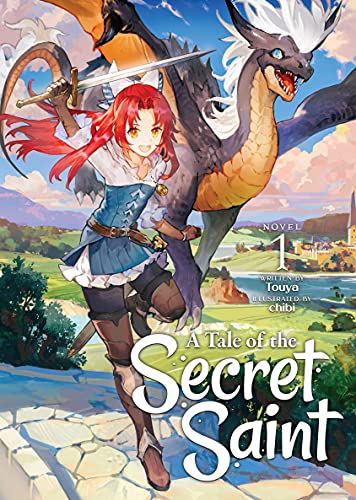 SEAN: The other debut is A Tale of the Secret Saint (Tensei Shita Daiseijo wa, Seijo dearu Koto wo Hitakakusu). A knight on the verge of death recalls her past life… no, not from Japan. She was a powerful Saint, a profession that’s almost extinct. A very dangerous profession. Now she has to hide her reawakened skills… but they’re simply too useful! This looks good.

ANNA: This does sound interesting!

SEAN: In print, Airship debuts My Status as an Assassin Obviously Exceeds the Hero’s, which we discussed before.

They also have Accomplishments of the Duke’s Daughter 2.

Cross Infinite World gives us The Werewolf Count and the Trickster Tailor 2. (It got bumped.)

Ghost Ship has Yuuna and the Haunted Hot Springs 15.

Two new novel series from J-Novel Club. The first is Chillin’ in Another World with Level 2 Super Cheat Powers (Lv2 kara Cheat datta Moto Yuusha Kouho no Mattari Isekai Life), which makes me ill just typing it out. Guy has weak powers. Everyone hates him. Then he hits level 2. Suddenly he’s really strong. Men respect him. Women love him. Repeat as needed.

J-Novel Club’s second light novel debut is My Daughter Left the Nest and Returned an S-Rank Adventurer (Boukensha ni Naritai to Miyako ni Deteitta Musume ga S Rank ni Natteta), the story of a dad who watches as his adopted daughter grows up to be really, really strong. For those who see “daddy” and “adopted daughter” and run away screaming, we have been assured this title is free of *that* sort of thing, and it’s complete in Japan, so they were able to double check this time.

ASH: It does seem like it could be promising, then. 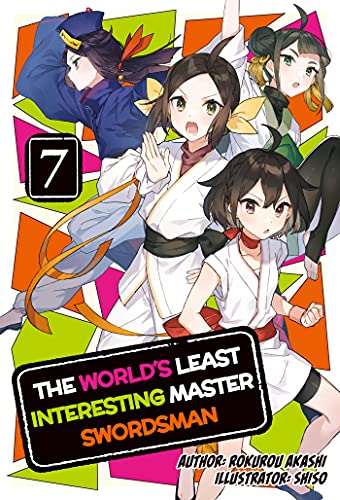 SEAN: Other light novels (Japanese or German) out next week: Der Werwolf: The Annals of Veight 12, Invaders of the Rokujouma!? 37, Jessica Bannister 2, Record of Wortenia War 12, Villainess: Reloaded! Blowing Away Bad Ends with Modern Weapons 2, and The World’s Least Interesting Master Swordsman 7.

The one digital manga title is Sweet Reincarnation 5.

Kodansha, in print, has Battle Angel Alita 2 (this is the reprint omnibus of the original series), and… that’s it.

Digitally, of course, there is much more. The debut is Sweet Sweet Revenge, and that’s its Japanese title as well. It runs in Kodansha’s Aria, and is by the author of Stupid Love Comedy, though I will try not to hold that against it. A girl has come to school to get revenge against 5 popular, handsome guys who did her wrong. Can she do it? This only ran two volumes, so signs pointing to no.

ANNA: I could be inefficient and just read Boys over Flowers again.

SEAN: We also get A Condition Called Love 8, Girlfriend Girlfriend 5, I Was Reincarnated as the 7th Prince so I Can Take My Time Perfecting My Magical Ability 2, My Dearest Self with Malice Aforethought 8, Otherworldly Munchkin: Let’s Speedrun the Dungeon with Only 1 HP! 4, Smile Down the Runway 20, Watari-kun’s ****** Is about to Collapse 10, With the Sheikh in His Harem 5, and Ya Boy Kongming! 4.

MICHELLE: I should get caught up on A Condition Called Love. I enjoyed what I read of it.

SEAN: Seven Seas has only one title: the 14th volume of Saint Seiya: Saintia Shō. 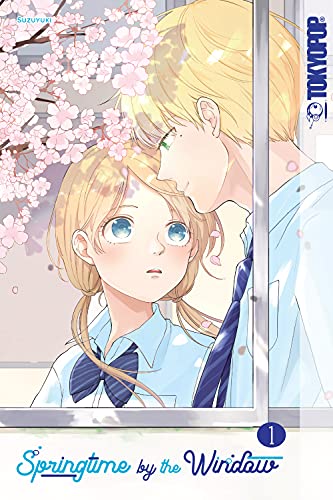 Tokyopop debuts Springtime by the Window (Madogiwa no Aoiharu),a rare non-BL title from them these days. It’s shoujo from Shufu to Seikatsusha’s Comic PASH!, so add them to the list of publishers still speaking to Tokyopop. It’s a high school romance with multiple couples.

ANNA: *Pours one out for unfinished TOKYOPOP series, again.*

SEAN: Lastly we have Viz, whose debut is Star Wars: The High Republic: Edge of Balance. This is a manga-ish title that’s more of a tie-in, but I’ll count it because the artist also did Tiger & Bunny.

ASH: I need to get a move on some of my reading before I fall even further behind!

ANNA: Me too, I’m excited for more shoujo and the insanity that is Yakuza Lover.

SEAN: What manga makes you yearn for the days of AOL?