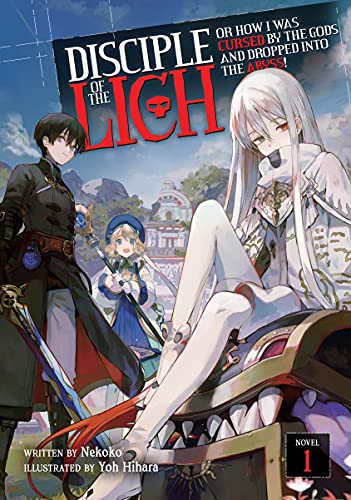 SEAN: Wake me when August ends or September begins, because this is technically manga from the last week of August. The theme for this week is “it got bumped”.

ASH: That seems to be a fairly common theme these days.

SEAN: Airship has a digital-first debut. Disciple of the Lich: Or How I Was Cursed by the Gods and Dropped Into the Abyss! (Fushisha no Deshi ~Jashin no Fukyou wo Katte Naraku ni Otosareta Ore no Eiyuutan~) has our hero summoned to another world… and dropped at the bottommost dungeon with no powers. Fortunately he meets a girl who’ll protect him. Unfortunately, she’s undead. (It got bumped. Shut up. I am but one man. I can’t hold all these last-minute release date changes.)

ASH: I’m not sure anyone can, to be honest.

SEAN: Also out digital-first, The Strange Adventure of a Broke Mercenary 2.

Cross Infinite World has Vol. 2 of The Werewolf Count and the Trickster Tailor… no it doesn’t, it got bumped. ARGH. Moving on.

Denpa gives us Gambling Apocalypse: KAIJI 3. (It got bumped.)

ASH: Still happy to see it finally coming out! 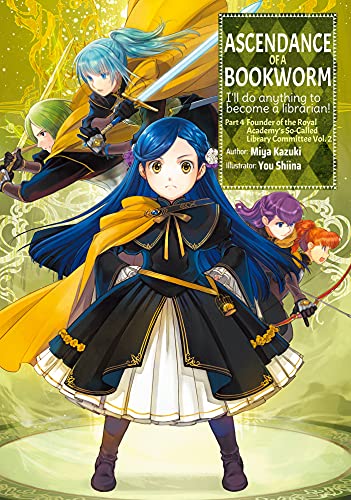 SEAN: J-Novel Club brings us, on the light novel end, Ascendance of a Bookworm 14, Altina the Sword Princess 10, Girls Kingdom 4, The Great Cleric 4, and The Holy Crown of Marielle Clarac (7th in that series).

J-Novel Club also has some digital manga. We get Ascendance of a Bookworm 9, An Archdemon’s Dilemma 6, The Faraway Paladin 6, I Love Yuri and Got Bodyswapped with a Fujoshi 4, and Seirei Gensouki 6.

In print, Kodansha Manga has Cells at Work! 6 (the final volume), Chasing After Aoi Koshiba 2, Land of the Lustrous 11, Perfect World 7, Shaman King Omnibus 4, Sweat and Soap 8, and What Did You Eat Yesterday? 16.

MICHELLE: Hooray for more Yoshinaga! I’m glad the wait between volumes has decreased a bit.

SEAN: Digitally, the debut is Mr. Bride (Watashi no Oyome-kun), a josei manga from Kiss. A woman who’s together at work but a complete slob at home is discovered by her co-worker, who refuses to let her messy house slide. Soon he’s … moving in with her? This looks cute.

MICHELLE: I’ll probably check this out at some point.

ANNA: I’m curious about this, for sure.

ASH: Ohhh, I am likewise intrigued!

SEAN: Also debuting is ONIMAI: I’m Now Your Sister!. Please see Manga the Week of 7/28/21 for details – it got bumped.

Seven Seas has Call to Adventure! Defeating Dungeons with a Skill Board (Bouken-ka ni Narou!: Skill Board de Dungeon Kouryaku), a Futabasha manga from their online site based on a webnovel about a guy … you know, just look at the title.

Also from Seven Seas: Failed Princesses 4 and The King of Fighters: A New Beginning 6 (the final volume). 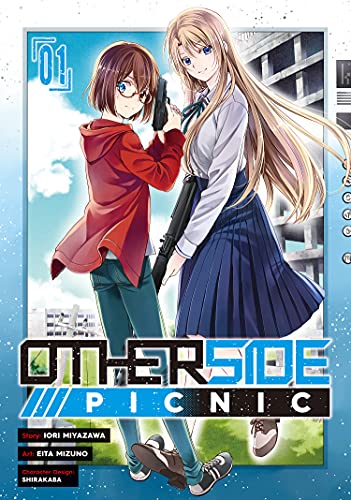 Square Enix Manga debuts Otherside Picnic’s manga, based on the light novels being put out here by J-Novel Club. I love this series and can’t wait to read the manga.

ASH: I really need to give Otherwise Picnic a try.

Also from Yen On: The Devil Is a Part-Timer! 20, Do You Love Your Mom and Her Two-Hit Multi-Target Attacks? 10, The Genius Prince’s Guide to Raising a Nation Out of Debt (Hey, How About Treason?) 7, and You Call That Service? 4.

MICHELLE: I kind of forgot Black Butler even existed.

ASH: It has been more than a year since the last volume was released.

SEAN: What manga are you picking up, bumped or otherwise?