SEAN: Two manga enter! One manga leaves! Who will prevail?

J-Novel Club has two debuts, both manga. One is Mapping, the long title of which I will not quote here, and an adaptation of the light novel.

The other one is I Love Yuri and Got Bodyswapped with a Fujoshi (Ore ga Fujoshi de Aitsu ga Yuriota de), whose title is also its plot. It’s by the author of Failed Princesses, ran in Comic Flapper, and can be described as “yuri adjacent”.

ASH: I’ve heard really good things about Tearmoon Empire. (And not just from you!) 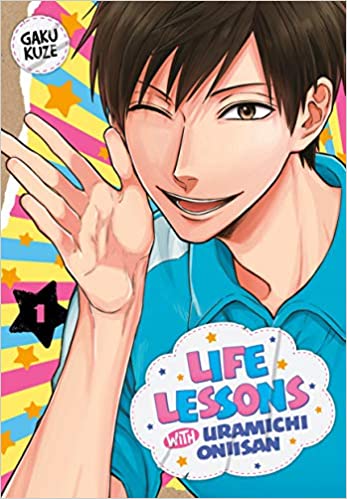 SEAN: Time for Kodansha, where I carefully double check the site before posting and STILL end up wrong as they shift release dates at the last second. Debuting this week in print is Life Lessons with Uramichi-Omiisan. It’s a black comedy that runs in Ichijinsha’ Comic Pool about a children’s TV show host who is… not a fun guy.

MICHELLE: I’m not sure I’ll like this, but the premise is interesting enough that I will at least check it out.

SEAN: Also in print: Heaven’s Design Team 2, Perfect World 4, Rent-a-Girlfriend 4, Something’s Wrong with Us 4, To Your Eternity 13, and The Witch and the Beast 3.

ASH: I’m actually reading quite a few of these, but most of my attention is going to To Your Eternity.

SEAN: Two digital debuts. Shangri-La Frontier just debuted in Weekly Shonen Magazine, and is from the artist who does Attack on Titan: Lost Girls and Fairy Gone. That said, it’s an MMORPG manga based on a webnovel, so you know what you’re getting here.

The other is The Story of Our Unlikely Love (Kimi ga Kirai na Koi no Hanashi), a quick 2-volume shoujo series from Betsufure. He was a bad boy. She was a good girl. Can I make it anymore obvious?

ANNA: I seem to have a short attention span for digital shoujo, but 2 volumes might be just right.

MICHELLE: Yeah, I probably will end up reading this, too.

MELINDA: I haven’t really been reading anything digital at all lately, but this might be the right length for it. 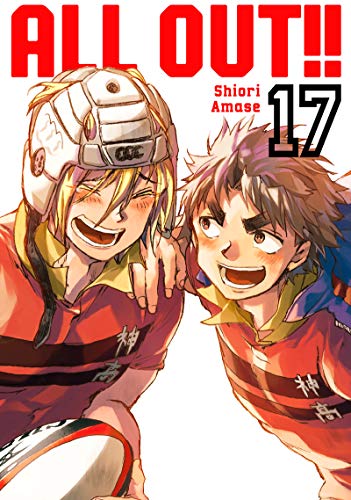 MICHELLE: I had been waiting for that final volume of All-Out!! to hit so I could marathon the whole series in one chunk. That sounds like a nice project for my holiday break.

SEAN: One Peace has The New Gate 4.

Manly Appetites: Minegishi Loves Otsu (Minegishi-san wa Outsu-kun ni Tabesasetai) is one of Seven Seas’s debuts next week. It combines BL and food, and looks to be quite amusing.

MICHELLE: I’m very excited about this!

MELINDA: Always here for this combo.

SEAN: The other Seven Seas debut is the manga version of The Saint’s Magic Power Is Omnipotent.

Digitally we also get a light novel debut: Failure Frame: I Became the Strongest and Annihilated Everything With Low-Level Spells. Class transported. Our hero has no powers. Left for dead. Powers are actually really cool. We’ve read this before.

We also get: Cube Arts 2, The Hidden Dungeon Only I Can Enter novel 2 (print), The Ideal Sponger Life 7, Nurse Hitomi’s Monster Infirmary 11, PENGUINDRUM 2 (novel), Peter Grill and the Philosopher’s Time 3, Plus-Sized Elf 6, and Uzaki-chan Wants to Hang Out! 4.

ASH: Every time Penguindrum is mentioned I remember that I still need to catch up with Penguindrum in many of its forms. 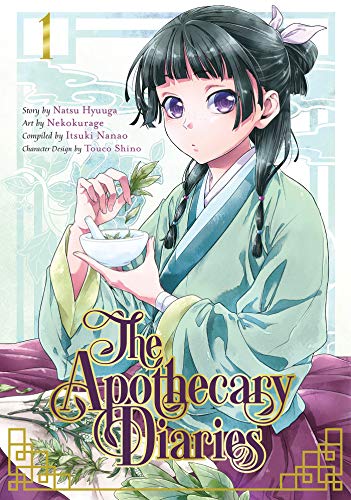 SEAN: Square Enix debuts the manga version of the acclaimed novel series The Apothecary Diaries (Kusuriya no Hitorigoto). It runs in Big Gangan, and is about a servant in training who finds herself in the midst of palace politics. It’s apparently VERY good.

ANNA: Huh, sounds interesting. This wasn’t on my radar before.

ASH: I’m really looking forward to this one!

SEAN: They also have the 2nd volume of the Wandering Witch manga.

SuBLime has Caste Heaven 4 and Punch-Up! 6.

Tokyopop has The God and the Flightless Messenger (Kamisama to Tobenai Tsukai), a one-and-done BL manga from Printemps Shuppan’s Canna. As you might guess by the title, it’s a fantasy.

Viz has no debuts, unless you count Super Mario Manga Mania, whose audience I suspect is adjacent to the normal Manga Bookshelf one.

ASH: That being said, I do know at least a few people who will be interested in this release!

SEAN: They do have How Do We Relationship? 2, Komi Can’t Communicate 10, and Pokemon Adventures Collector’s Edition 5.

MICHELLE: I’ve fallen a bit behind with Komi, but I’m in the mood now to get caught up.

Also out: As Miss Beelzebub Likes 11, Durarara: Re; Dollars 6, Happy Sugar Life 7, the 13th and final Hatsu*Haru, Restaurant to Another World 3, and Toilet-Bound Hanako-kun 6.

ASH: I’m reading the more recent Toilet-Bound Hanako-kun in preparation for this one as we speak.

SEAN: So, which manga won?