SEAN: It’s the first of July! Or the last day of June, technically, as most books ship Tuesdays. As a result, this July 1st is more of a grab bag than most weeks.

Bookwalker has a 12th volume of shogi light novel series The Ryuo’s Work Is Never Done!. 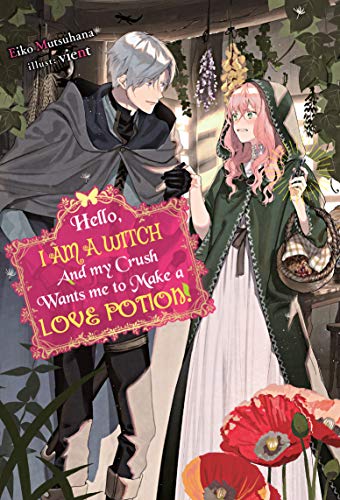 Cross Infinite World debuts another shoujo light novel. Hello, I Am a Witch and My Crush Wants Me to Make a Love Potion! should serve as the perfect description, really.

ANNA: There is great clarity as to the contents of that book.

ASH: I’ll be picking this up. The deluxe edition of Berserk is quite an upgrade from the original release.

J-Novel Club has two manga and two light novels. The manga are Infinite Dendrogram 4 and The Magic in This Other World Is Too Far Behind!! 5.

The novels are Full Metal Panic! 7 and My Next Life As a Villainess 6, which I have been reliably informed does actually get the story moving once more.

Kodansha has a couple of debuts, some with print coming later, some not. Clover is a title CLAMP fans should be familiar with, and it’s getting a Hardcover Collector’s Edition release… but for now, enjoy it digitally.

MICHELLE: I don’t think I ever finished this one.

ASH: Clover is one of my favorites from CLAMP. (And is another example of one of the group’s manga that ended earlier than originally intended.) I have the Dark Horse omnibus edition, but I’m tempted to pick this one up, too.

MELINDA: I also have the Dark Horse omnibus, but this is tempting!

SEAN: When We Shout for Love (Bokura ga Ai wo Sakebu Toki) is a 3-volume shoujo manga series from Betsufure, and is about a boy and girl who find themselves growing closer because of their mutual love of AKB48… (cough) pardon me, KBF47.

SEAN: Digital first titles include Kiss Me at the Stroke of Midnight 11, Real Account 12-14 (a three volume omnibus), and Sweat and Soap 3.

MICHELLE: I need to get caught back up on Farewell My Dear Cramer. 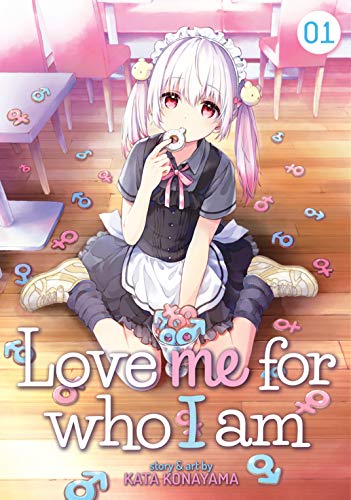 SEAN: Seven Seas, in print, has the debut of Love Me for Who I Am. We talked about this when it came out digitally, but it deserves to be talked about again, because the first volume impressed me greatly. A must for LGBTQ fans.

ASH: I was waiting for the print release to read it; I’m looking forward to the manga.

MELINDA: I never did pick up the digital version, so this is my chance!

SEAN: In early-digital releases, we also have a debut light novel. The Hidden Dungeon Only I Can Enter (Ore Dake Haireru Kakushi Dungeon: Kossori Kitaete Sekai Saikyou) is about a boy with minimal talents and, well, a dungeon that’s all for him. Seems very light novel-ey. Also he’s named Noir, so I hope he quickly gains companions named Madlax and El Cazador.

There’s also Haganai: I Don’t Have Many Friends 18, Magical Girl Spec-Ops Asuka 9, and the 3rd Neon Evangelion ANIMA light novel, where we see once more how many times they can use the phrase ‘pillar of salt’.

Tokyopop has a debut. Koimonogatari: Love Stories is not, sad to say, starring Hitagi Senjogahara. It’s a BL series from Gentosha’s Rutile, and actually looks quite sweet.

Finally, Udon gives us a 7th Otherworldly Izakaya Nobu, which always leaves me hungry (admittedly, most foodies manga/novels do these days).

ASH: I read some of the early volumes, so I’ve some catching up to do.

SEAN: Anything catch your eye?