SEAN: Let’s briefly talk turkey here. I try to do these lists about a week before the books come out. And given what’s going on over the world, some of these release dates are going to shift. A lot. I know one publisher has already pushed all their May and June titles to later in the summer. And Diamond Comics is not distributing to comic shops till this has passed, meaning more outlets are gone. I will continue to do my best to keep up with this, but… well, I’d expect a lot of delays. For obvious reasons.

ASH: Thanks for keeping track as best as you can! There’s a lot in flux right now. 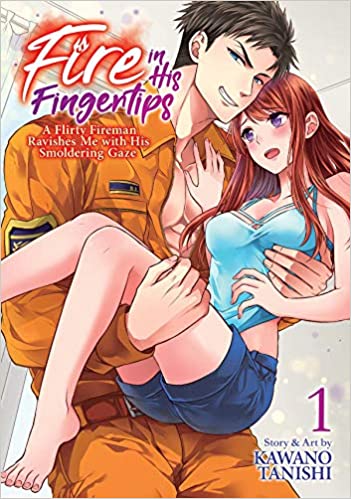 SEAN: We start with Ghost Ship, which has two new debuts, both smutty, but with one for the ladies and one for the gentlemen. Fire in His Fingertips: A Flirty Fireman Ravishes Me with His Smoldering Gaze (Yubisaki Kara Honki no Netsujou ~ Charaotoko Shoubou-shi wa Massuguna me de Watashi o Daita ~) is a josei title from Shueisha, about our heroine (an OL) and her childhood friend (a fireman) who turns out to like her a lot more than she expected.

SEAN: Parallel Paradise, meanwhile, is very much for the young man. Running in Kodansha’s Young Magazine, it’s your standard “young man summoned to another world” story… except he’s the only man in a fantasy world filled with hot women.

No debuts for J-Novel Club, but a lengthy list of titles. We get The Economics of Prophecy 2, Full Metal Panic! 6, I Shall Survive Using Potions! 4, Infinite Stratos 12, The Magic in This Other World Is Too Far Behind! has a 4th manga volume, Record of Wortenia War 5, The Unwanted Undead Adventurer 5, and The World’s Least Interesting Master Swordsman 2.

Kaiten Books are a new entry into the publishing world, and they debut this week with Loner Life in Another World, from Overlap’s Comic Gardo. They certainly know what the hot new trend is.

Kodansha has but one print release: the 19th UQ Holder!. 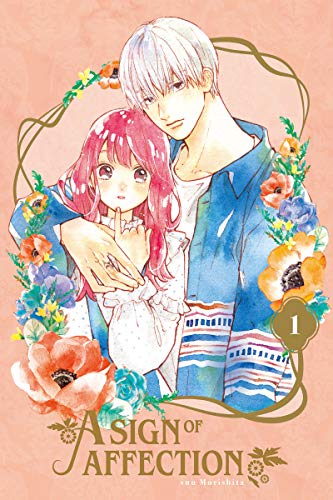 Digitally there’s a lot more. A Sign of Affection (Yubisaki to Renren) is a new series from the creator of Shortcake Cake, which runs in… you got it… Dessert. Our heroine is a college student, who runs into a nice young guy, who speaks three languages! Sadly, she’s deaf, so that won’t help. This actually looks really good and has gotten great buzz.

MICHELLE: I really like Shortcake Cake and tend to enjoy titles from Dessert, so I’m definitely looking forward to this!

MICHELLE: Atsumori-kun’s Bride-to-Be is very cute, in an Itazura na Kiss kind of way. And, of course, I’m always keen for more Ace of the Diamond!

There’s also Blank Canvas: My So-Called Artist’s Journey 4, Made in Abyss 8, the 6th novel for Mushoku Tensei (digital), and the 2nd Reincarnated As a Sword manga.

MICHELLE: I really am going to catch up on Blank Canvas.

ASH: It is really good, so I support you in your effort!

SEAN: Vertical has two novels. Owarimmonogatari: End Tale 2 finally tells us what was going on with Araragi and Kanbaru during that very busy week in August; and Seraph of the End: Guren Ichinose, Resurrection at Nineteen 2 finally tells us… um… dunno. It’s a prequel?

And Yen Press has Dimension W 16, For the Kid I Saw in My Dreams 4, Goblin Slayer (manga) 7, IM: Great Priest Imhotep 2, and Konosuba Explosion 4 (manga).

ASH: I’ve been reading but need to catch up with For the Kid I Saw In My Dreams.

SEAN: What manga is raising your spirits?