Bookwalker gives us a 10th volume of The Ryuo’s Work Is Never Done!, which according to LN fans is still the best series that I’ve dropped after reading the first page.

Lots of folks seem to have this already, but Dark Horse gives us a 2nd volume of At the Mountains of Madness, the new H.P. Lovecraft manga adaptation. Expect loss of sanity.

ASH: I’ve not read the source material to know how it compares, but I found the first volume engaging and plan on reading up more. 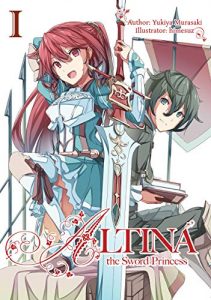 SEAN: J-Novel Club debuts Altina the Sword Princess, which comes from the pen of How NOT to Summon a Demon Lord’s author, but I will try not to hold that against it. A gorgeous redhead with a big sword teams up with an apathetic soldier who reads a lot of books. Can they change the world?

We also get An Archdemon’s Dilemma 8, the 3rd Arifureta Zero spinoff, and Mixed Bathing in Another Dimension 6, the first new volume of this underrated series in two years.

Debuting from Kodansha is Tales of Berseria, another adaptation of a video game manga.

Also in print is Gleipnir 5, I’m Standing on a Million Lives 4, and The Seven Deadly Sins 35.

Digitally, there’s Cosplay Animal 9 (the first new volume of this series in over a year), Defying Kurosaki-kun 13, Fairy Tail: 100 Years Quest 2, My Boss’s Kitten 2, and The Great Cleric 4.

ASH: Huh. I somehow missed the news about the new imprint.

MELINDA: I’m trying to figure out how to react to the name of that imprint. I don’t think it’s a great reaction. 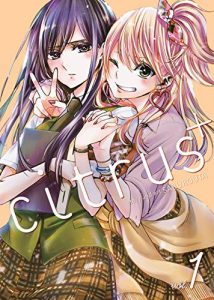 SEAN: Seven Seas has a digital-first debut with Citrus+, the sequel to the popular yuri soap opera. Yuzu and Mei are now openly dating, what comes next?

The fourth Classroom of the Elite light novel also gets its digital-first release.

As for print, no debuts here, but we do get Classroom of the Elite 3 (in print), Generation Witch 5, How NOT to Summon a Demon Lord’s 6th manga volume, My Monster Secret 18, My Next Life As a Villainess! has a 2nd manga volume, Reincarnated As a Sword gets its third LN in print, Shomin Sample 11, and Wonderland 4.

Tokyopop debuts Still Sick, a Mag Garden series about a woman who secretly draws yuri doujinshi and her bright and sunny colleague who finds out.

Udon has the 2nd Stravaganza omnibus, which hopes to be as bananas as the first one was.

ASH: I’ve been meaning to give this series a try; maybe that time has come.

SEAN: Vertical debuts Don’t Toy with Me, Miss Nagotoro (Ijiranaide, Nagatoro-san), which is part of a hot new genre of girls teasing guys (see also Teasing Master Takagi-san and Uzaki-chan Wants to Hang Out!). Nagotoro seems to be more aggressive about it than those others.

Viz debuts Levius/est, a continuation of the original Levius that changed names when it changes publishers – this runs in Ultra Jump.

ASH: Another manga I’ve been meaning to try! (I’ve apparently got some catching up to do…) 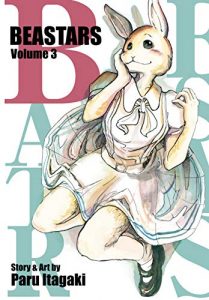 SEAN: They also have BEASTARS 3, Children of the Whales 13, No Guns Life 2, Ran and the Gray World 5, and the 4th Urusei Yatsura omnibus, which is the most important of those. (Look, if you want unbiased release lists, go somewhere else.)

MICHELLE: I need to catch up on BEASTARS.

ASH: The first volume was great! I just got my hands on the second, so hopefully the trend continues.

Yen Press gives us Bungo Stray Dogs: Another Story, a spinoff manga of the light novel which is a spinoff of the original series.

SEAN: They also have Kemono Friends a la Carte, a manga anthology with lots of cute stories written by various artists.

Lastly, we get Kaiju Girl Caramelise 2 and Teasing Master Takagi-san 6.

See? I told you we’d have more manga. What’s in your wishlist?