SEAN: September begins, and it’s back to school with a giant crush of manga. As always. 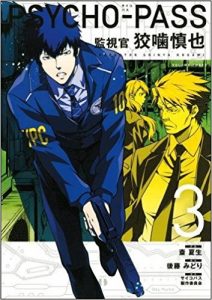 J-Novel Club gives us a 5th digital Grimgar of Fantasy and Ash novel, which… may not be depressing? Possibly?

And there’s also a 6th Invaders of the Rokujouma!?, which gives focus to our favorite underground priestess.

Did you know that Pumpkin Scissors is still running to this day? Somehow? It’s true! Kodansha is still rescuing it digitally with Vol. 13.

MICHELLE: I did not!

SEAN: On to non-Del Rey stuff, we have a 5th volume of GTO Paradise Lost, the latest in the author’s “no matter what I try to write, only Onizuka seems to sell” sequel.

ASH: I’ll admit, although I greatly enjoyed GTO, I haven’t really been keeping up with the sequels.

SEAN: And a 3rd Kounodori: Dr. Stork, which I am now behind on. Yay!

We also have two debuts from Kodansha digitally, that actually came out this week but Kodansha dropped them secretly as always. Black Panther and Sweet 16 (Kurohyou to 16-sai) is a Nakayoshi title that nevertheless seems very racy. It also has a weak female lead and pushy male lead. Ergh.

ANNA: I feel like I have seen this too many times before… 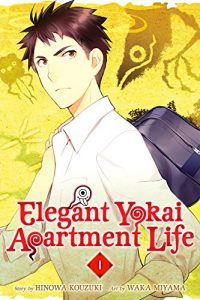 SEAN: And Elegant Yokai Apartment Life (Youkai Apato no Yuuga na Nichijou) runs in Shonen Sirius, and is what it sounds like – protagonist moves into an apartment filled with yokai.

ANNA: That sounds promising, but I have a high tolerance for yokai titles.

ASH: As do I, for that matter.

SEAN: You want print? How about the 8th Sweetness and Lightning?

ASH: The series is such a delight! (And yes, print, please!)

SEAN: And there is also the 2nd Waiting for Spring for shoujo fans. Its first volume was unoriginal but soothing.

MICHELLE: I think there’s room for a series like that in my heart. I plan to read volumes one and two together.

ANNA: I have the first volume and haven’t read it yet, but soothing shoujo sounds nice.

Seven Seas has an 11th Arpeggio of Blue Steel, which continues to be the Tom Clancy novel of anthropomorphic personifications. 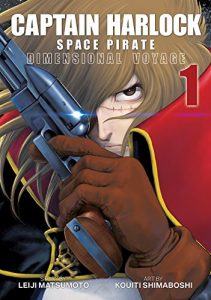 The debut next week is Captain Harlock: Dimensional Voyage, the 2014 manga sequel that apparently updates Harlock for the 21st century. Despite the fact that it runs in Champion Red, I look forward to it.

ASH: I’m looking forward to giving this one a try, too.

SEAN: And there’s the 8th Golden Time. Still a soap opera, still enjoyable to me.

And Tales of Zestria has a 2nd volume.

ASH: Whoops, I’d already forgotten about this series (probably because it’s based on a video game I’m not particularly familiar with), but it seems like it could have potential.

And now for Viz. So much Viz. Starting with the 4th Anonymous Noise, which I hope features some nice screaming.

MICHELLE: Volume three was the first time I had a “this is actually kind of cool” moment, so I will keep going for a little while to see if that becomes a trend.

ANNA: I think it has gotten better as the series develops, and I enjoy the screaming scenes.

SEAN: Bloody Mary’s 8th volume is not about vampires!… wait, yes, sorry. It is.

ANNA: SO behind on this series, but I enjoyed the vampire angst in the early volumes.

SEAN: Boruto has a 2nd manga volume, which I imagine means the anime has already long since passed it. 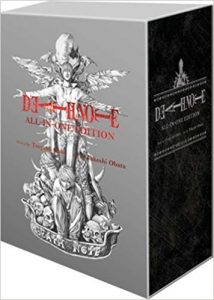 Death Note gets an all-in-one edition, and at 2400 pages it comes close to taking the crown for best blunt object.

ASH: I really want to see one of these in person, just to see how it’s put together. I’ve been assured that the spine will hold up, but what about the readers?!

SEAN: Everyone’s still not getting married in the 6th Everyone’s Getting Married.

MICHELLE: I actually have a nice little pile of Haikyu!! to read now. I expect a mini-marathon will be great fun.

ANNA: I have a difficult time reading this series because my kids steal each volume.

ASH: Like Michelle, I’ve (unintentionally) been preparing for a mini-marathon as well. But I do enjoy Haikyu!! so incredibly much.

SEAN: Kimi Ni Todoke crawls to its conclusion some more. I dearly love it every time I read it, but admit that I wish it would hurry up.

MICHELLE: Yeah, I still can’t tell whether it’ll end after high school or actually follow the characters into their college endeavors.

ANNA: I need to get caught up! 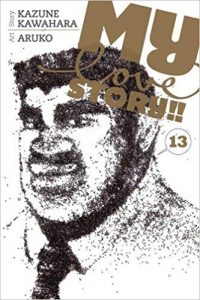 SEAN: It’s the end for My Love Story!!, which has a lucky 13th volume to end on. Will the rain in Spain defeat our separated couple? Will we get a sweet happy ending! (spoilers: we will.)

MICHELLE: I’m counting on it!

ANNA: Such a great series.

ASH: It really is wonderful!

SEAN: And Nisekoi is also almost-but-not-quite done with this 23rd volume.

Chibi Sasuke’s Sharingan Legend is a superdeformed parody that aims to show us the humorous side of Sasuke. It should be about 4 pages long, then.

One Piece’s 21st 3-in-1 takes us to Fish-Man Island, so it’s slowly catching up with the main volumes.

One-Punch Man’s 12th volume will have some quality punching. 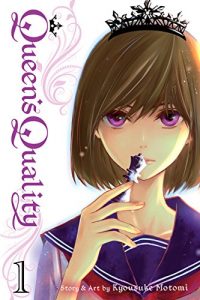 SEAN: And speaking of Quality, QQ Sweeper finally gets its sequel/reboot with Queen’s Quality. I love this author, so definitely want to read this.

MICHELLE: I’m glad this is finally out!

SEAN: Skip Beat! has a 39th volume, which I hope wraps up the arc with Kyoko’s mother.

MICHELLE: I just read it and it’s great. Of course.

ANNA: Skip Beat is always great, but I am also not fond of Kyoko’s mother.

SEAN: Lastly, it’s not a long Viz list unless it ends with a Yu-Gi-Oh volume, and we get the 2nd of “Arc V” here.

Got your pencils and paper? Or tablets and digital pens, whatever the kids use these days. Also, manga?