SEAN: First week of October, and therefore hope you like Viz. But first: 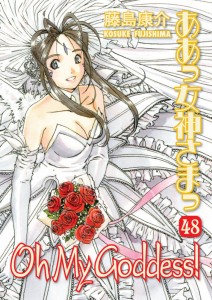 Diamond Comics has been messing with me, saying this wasn’t coming out and then saying it was. Amazon says 10/21, but they’re usually behind Diamond by 2 weeks. I don’t know when it’s actually coming out (this makes me nostalgic for Dark Horse releases days past). But it’s Oh My Goddess 48, the final, very last Oh My Goddess, except for all the omnibus releases. I’ll miss it.

Kodansha hits a milestone with the 50th volume of Fairy Tail, which I’ll be honest I’m just following on Tumblr for Gajeel/Levy moments.

ASH: I’ve been enjoying this one! Hato is the best.

SEAN: One Peace gives us a 4th volume of Aquarion EVOL.

Seven Seas has the 5th and final volume of Kokoro Connect, a series I’ve greatly enjoyed. Given there are many light novels after the two that were adapted, my guess is the ending will be somewhat open.

And there’s a 5th volume of gore-filled Magical Girl Apocalypse, for those who felt Madoka Magica didn’t go far enough.

Vertical Comics have a new series debuting. Tokyo ESP, about a girl who suddenly finds she has… well, ESP. And she lives in Tokyo. Sometimes titles write themselves. This also had an anime last year.

MELINDA: I’m a sucker for ESP stories. So, yeah. This one’s for me.

ANNA: Wow, I am so far behind with this series, even though I quite like it!

SEAN: Two big Viz shonen series come to an end next week, and sadly I expect this is the one folks won’t be talking about as much. But Claymore has been quietly awesome for some time, and the 27th volume is definitely worth a look.

MICHELLE: Some day I really will read all the volumes of Claymore that I have accumulated.

MELINDA: Yes! So happy to see this!

SEAN: The Demon Prince of Momochi House has a 2nd volume. 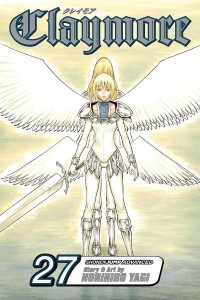 ASH: If nothing else, the first volume was pretty!

ANNA: It was! Even though it seems a bit too similar to Kamisama Kiss, I found it enjoyable.

SEAN: And Food Wars! is up to Volume 8, and still in the midst of its tournament arc, though there’s still time for teaching little kids to make food as well.

SEAN: Kamisama Kiss is at volume 19, and is edging towards romantic resolution, possibly? Have I said that before?

MICHELLE: It certainly feels that way.

ANNA: Such a good series! I hope this isn’t the last Julietta Suzuki we see over here.

SEAN: Library Wars: Love & War has its penultimate volume out next week, and I can confirm it DOES have quite a payoff, though it’s still not quite resolved.

MICHELLE: So much good stuff this week!

ANNA: Library Wars! I love it so! I am also stoked that the anime has been licensed.

SEAN: My Love Story!! is up to Volume 6, and still adorable. 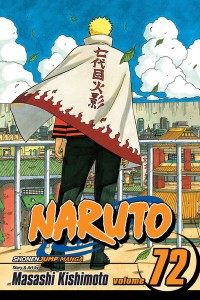 SEAN: Naruto has come to an end with its 72nd volume, though there are six novels and several spinoffs still to come. The ending was… controversial among fandom. Should be interesting.

A new debut from the creator of Dengeki Daisy, one of my favorite Shojo Beat series. QQ Sweeper has a bit more of a supernatural flair to it, but the sense of humor and “plucky heroine” style is the same.

MICHELLE: I’m curious about this one, definitely.

ANNA: It is good!

MELINDA: I really enjoyed this first volume—hit all the sweet spots!

SEAN: So Cute It Hurts!! only has two exclamation marks, despite this being Vol. 3.

ANNA: Call me a sucker for fluffy shoujo series, but I like this. We haven’t had many cross-dressing shoujo series recently, so it certainly serves that niche.

SEAN: Toriko 30 has what many saw as one of the biggest surprises of the entire series, though no surprise as to what it entailed – it involves romance.

Twin Star Exorcists gives us a 2nd volume as well.

World Trigger has a 7th volume, and is doing far better than I expected it to based on the first few chapters.

What are you planning to get next week?