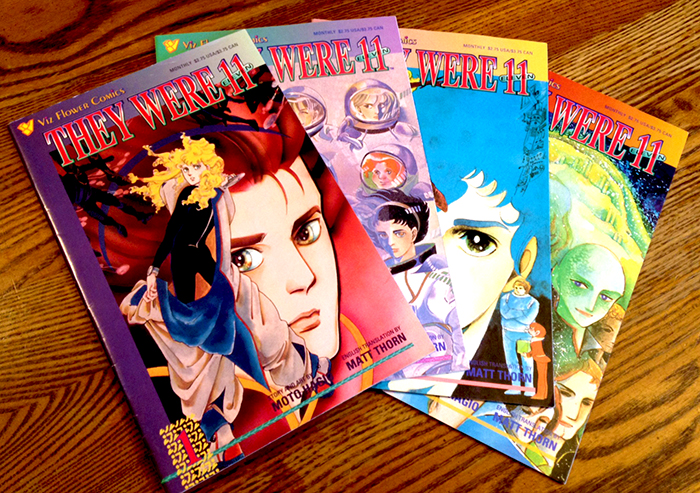 I’ll admit that it’s been tough trying to curb my “classic” inclinations when it comes to recommending manga for my teen students, and there are days when it becomes impossible. Today is one of those days, as I find myself irresistibly drawn to the work of Moto Hagio, specifically her early short series, They Were Eleven.

Originally serialized over three issues in Shojo Comic in 1975, They Were Eleven follows a young student named Tada through the final stage of his entrance exam to the elite Galactic University. From my write-up of the series at Comics Should Be Good:

“Sometime in the distant future, hopeful students from all over the galaxy gather for the difficult entrance exams at the elite Galactic University. For the final test, [the students] are divided into computer-generated groups of ten students each and sent off to various locations where they must survive as a group for fifty-three days without pushing the provided emergency button, which immediately summons a rescue team, resulting in automatic failure of the entire group. One group is deposited on a derelict ship, devoid of engine power and filled with dangerous explosives, which they must safely maintain in orbit for the length of the test. As the group arrives on the ship, however, it becomes apparent that there are eleven students rather than the assigned ten, indicating that one of them must be an impostor. Potential disasters pile up quickly, including an unstable orbit and the presence of a deadly disease, and in the midst of it all the group begins to suspect Tada, a young Terran (Earth descendent) with intuitive powers and uncanny knowledge of the ship’s layout, of being the eleventh member.

With the ship’s mechanical problems and deadly health threat driving things forward, it is young Tada’s story that takes focus, as he struggles to understand his relationship with the decrepit ship while also attempting to clear himself of the other students’ rapidly-mounting suspicion. Despite the fact that his intuition saves the group early on, it also becomes the greatest point of contention amongst the group, and as more about Tada’s own history comes to light, each revelation seems to point more clearly to his potential guilt.” 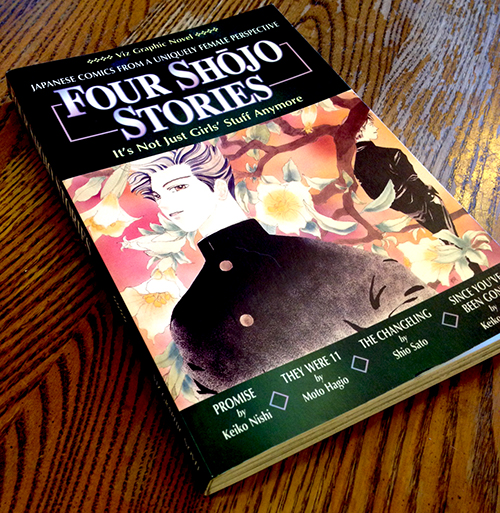 As a psychological drama wrapped in a sci-fi package, They Were Eleven is glorious, and benefits particularly from Hagio’s clear, expressive artwork and her minor obsession with gender identification. On the flip side, like a lot of older manga, the gender discussion can be problematic. Again from my write-up:

“Two of the characters in the story are species whose gender is not determined until adulthood. One of these, Frol, who is decidedly feminine in appearance (referred to hereafter as “her” and “she”), is taking the test because she will be allowed to become male if she passes, a privilege otherwise only granted to a family’s oldest child. On Frol’s planet, “men govern and women work,” and becoming a woman would mean relinquishing all autonomy and joining the harem of the neighboring lord (eighteen years her senior), so it is understandable why she would want to instead take advantage of her society’s male privilege and collect a harem of her own. Still, it’s a little bit jarring that when the story finally reaches a point where it becomes clear that they may very well not pass the test, the only other alternative presented to Frol is for her to leave her own people, become a woman, and marry someone else.

The fact that in every scenario her future as a woman leads directly to marriage is not a fantastic message for today’s young girls (nor is the fact that Frol, the story’s only obviously “feminine” character, is depicted as capricious and “simple”) and it is this that dates the series more than anything else.”

This attitude towards femininity is perhaps best reflected in the tagline of Viz’s Four Shoujo Stories, in which They Were Eleven appeared alongside works by Keiko Nishi and Shio Sato. “It’s Not Just Girls’ Stuff Anymore” the cover proudly proclaims, assuring us in advance that its content is smarter and better than that (“It’s for girls, but it’s still good, I swear!”)

They Were Eleven was published twice by Viz, first as a series of four floppies in 1995, and then later in Four Shoujo Stories. Both are out of print (though the floppies show up often on eBay, which is how I acquired mine). Fortunately for my students, I own the series in both formats, so they have a couple of options to choose from. Fortunately, too, some of Hagio’s other works are available in English now as well, thankfully in print, thanks to Matt Thorn and Fantagraphics (students: these are available from the Melinda Library as well). I hope we’ll see a lot more!