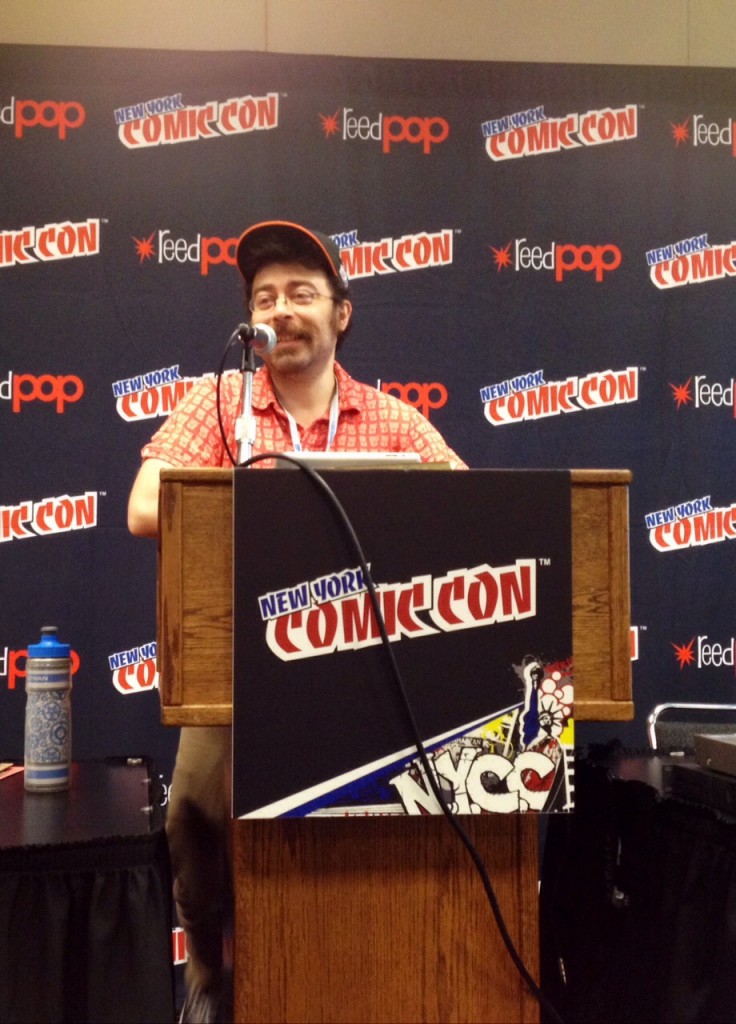 One of our favorite manga publishers, Vertical, Inc., had some announcements to make at New York Comic Con today, but Marketing Director Ed Chavez began by going through a number of their recent titles and talking about the company in general.

Quite a number of publishers have fallen over the past few years, and though some may have been skeptical about Vertical’s long-term prospects, Chavez pointed out that this is Vertical’s 10th year in publication, and that, far from struggling, they are “stronger, I think, than ever.” And this strength is certainly apparent when looking over their list of current releases.

A few highlights include Satoshi Kon’s Tropic of the Sea, which is doing very well for the company, Chavez reported, and they are “definitely looking into some more Kon.” He mentioned that Kon’s comic backlist is limited, and that they’d specifically be looking to “focus on just Kon being Kon,” rather than his collaborative work with other creators.

The hardcover Gundam: The Origin has also been a best-seller for the company. “We kind of wanted to build the ultimate manga machine, and thankfully, it’s been selling like hotcakes.” They’ll be publishing the series in its entirety, and they’re “definitely thinking about doing some more with Gundam,” said Chavez, though he had no announcements to make on that front at this time.

Shuzo Ashimi’s Flowers of Evil has been “a surprise hit for Vertical,” according to Chavez. “I keep on saying it’s a rom-com,” he said of the notoriously dark series, which elicited some laughs from the crowd. “A lot of their situations make me laugh.”

Humor aside, Chavez spoke admiringly of the series’ artistic progression. “It seriously gets better with age,” he said. “You will be shocked by this work, and it will be so satisfying.” Vertical has early copies of volume seven here at the convention, and is passing out postcards featuring the cover in their booth.

Another surprise success for the company has been Takahiro Seguchi’s Sickness Unto Death, which they partly licensed as a complement to Flowers of Evil. Early copies of volume two are moving quickly here at NYCC, and Chavez estimated that they might not have enough to last the weekend.

Some upcoming Vertical titles that we’re particularly excited about came up in today’s panel, including classic josei manga Pink from creator Kyoko Okazaki, Moyoco and Hideaki Anno’s autobiographical comedy Insufficient Direction, and Fumi Yoshinaga’s foodie drama What Did You Eat Yesterday?, which Chavez said he’s “stoked” about. We are, of course, “stoked” x 100 here at Manga Bookshelf. 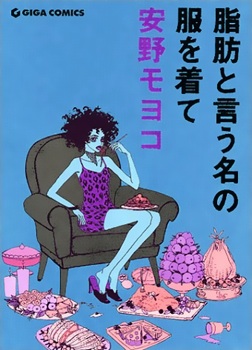 Now on to the license announcements! Vertical saved these for the end of their panel, and they were well worth waiting for.

First, again from Moyoco Anno, the award-winning In Clothes Named Fat, a josei one-shot originally published by Shodensha, is due out here in summer, 2014. “The characters in this tale are gross,” said Chavez, “they are horrible people.” But I suspect that, once we’ve started, we’ll be unable to put this book down.

And on the light novel front, summer will also bring Attack on Titan: Before the Fall, which details the events leading up to the hugely popular manga series. This is an extremely fresh acquisition, and Chavez was not even sure of the author when questioned at the panel. Chavez mentioned that the company has been consciously licensing more manga with other media tie-ins (see last year’s 5 Centimeters Per Second and the recent Summer Wars). Given the enormous popularity of this franchise, it certainly seems like smart strategy. More details will be soon to come.