SEAN: Standard ‘Diamond is sending me Yen Press a week early’ warning. I’m not quite sure why they do this, it seems to only be the the Northeast Corridor. Ironically, years ago, I used to get my manga a week later than others, again just the Northeast Corridor was affected. In any case, my list is hefty this week.

Dark Horse has the 4th volume of Gate 7, a title that has completely failed to keep me interested in any way. But there are some fans of it, particularly those of a historical bent.

MICHELLE: I feel bad that this one didn’t particularly grab me, but… it didn’t.

MELINDA: Gate 7 *did* grab me right away, but then the heavy concentration of unfamiliar historical references kinda bogged me down. Fortunately, I found a helpful guide to carry me through! So I’m looking forward to this new volume with only the slightest sense of bog.

SEAN: Kodansha has the 4th volume of Missions of Love. You know, when I was first promoting this title as an interesting little shoujo love triangle, I wasn’t aware that it was going to turn into the Gakuen Prince of 2013. Let’s see how saucy it will get this time.

MICHELLE: I read a couple of volumes of this, but I think I didn’t like any of the characters enough to continue.

ANNA: Knowing now that it turns into the Gakuen Prince of 2013, I’m glad I didn’t start reading this. 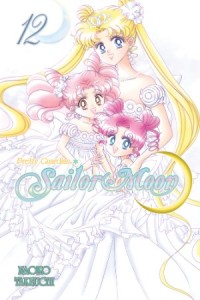 SEAN: Many are calling the 12th Sailor Moon volume the final one, and it’s true that the main story wraps up here. However, this re-release stripped out all the short stories that had originally been interspersed in the volumes, and has given them two separate books of their own. So fear not! Soon you will be able to learn if Rei farts.

SEAN: Viz has the 5th volume of 07-Ghost, a series I’ve fallen behind on. Anyone else?

MICHELLE: I’m behind, too. I’ll catch up one day.

ANNA: I’ve read through volume four, and I like this series! But I’m predisposed to enjoy any manga that involves fighting priests.

SEAN: They also have the 5th and final volume of I’ll Give It My All… Tomorrow, a SigIkki series. I found the protagonist too annoying to continue the series, but then, that was sort of the point, and I know a lot of people identified with his situations.

MELINDA: I can’t say that I identify with him, but I do feel like I know him, and that is enough to keep me interested in his plight.

SEAN: The rest is all Yen. We have the 14th volume of Black Butler, which I’m sure is sexy as hell, at least according to the Tumblrs I see. Or perhaps smexy.

MICHELLE: I am old, because I just had to look up what “smexy” means.

MELINDA: Smexy or not, I just… can’t get into it.

ANNA: I read the first volume, and that was enough for me. 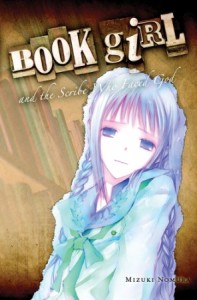 SEAN: This isn’t a manga, but I don’t care. The Book Girl light novel series has hit its endgame, and Book Girl and the Scribe Who Faced God is a 2-parter it’s so big. Part 1 drops this week, and we will finally get to focus on Tohko.

The 2nd and final Doubt omnibus is out, which will no doubt kill off most of the rest of the cast. If you’re a fan, good news: its spiritual sequel Judge is coming soon.

Is This A Zombie? 5 proves that it’s not just Seven Seas’ moe titles that make me sigh and rub my forehead. Congrats to Yen, I guess?

SEAN: K-On! had a sweet, definitive ending, but it was also wildly popular, and you know what companies think about wildly popular finished titles. So K-On! College is the first of two sequels that continue the story, this one following Yui, Mio, Ritsu and Mugi in higher education.

Nabari no Ou is the last title we have this week that is ending, showing us that you can succeed as a ninja manga and not be Naruto. Though I’m sure it would have appreciated Naruto’s sales…

MICHELLE: This title isn’t one of my favorites, but it’s been interesting enough to keep me reading, so I’m looking forward to reaching the conclusion.

MELINDA: This title is one of my favorites, so I’m looking forward to it! 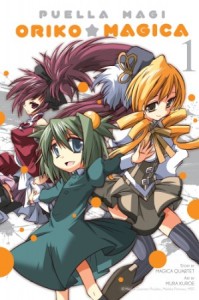 SEAN: Madoka Magica prints money, let’s have more of it! Puella Magi Oriko Magica is another spinoff series, and I believe it’s the darker of the two that Yen is putting out.

Soul Eater 15 shows us barreling to a climax, though things have started to go badly for some of our heroes. Poor Kid!

Lastly, we have a 4th omnibus of Until Death Do Us Part, which doesn’t remind me of the way Glenn Miller played at all. (Seven Degrees of Pun Bacon there.)

MICHELLE: I would feel so proud of myself if I could get the reference.

MELINDA: That’s what Google is for, Michelle!

SEAN: Even Google might not help. Till Death Do Us Part -> Till Death Us Do Part -> All In The Family -> “Those Were The Days” -> “Boy, the way Glenn Miller played…” Welcome to Sean’s mind. Don’t stay long.

MELINDA: I guess we’ll have to wait until someone develops a search engine for Sean’s brain. It’s sure to happen. Someday.

SEAN: What manga are you beating the heat with?