SEAN: Given that I got in Yen books this week but the rest of you get it next week, my own Next Week list is somewhat short. But not without interest. 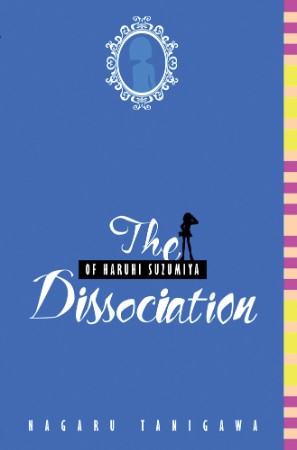 First, I forgot this last week, but the 9th light novel of the Haruhi Suzumiya series, The Dissociation of Haruhi Suzumiya, is out this week. This one is part of a 3-book set (Books 10-11 are coming out here as one big book around Thanksgiving) that revitalized the franchise, giving the series a shot in the arm, as well as a new rival for Kyon’s affections… or is she? Good stuff.

MICHELLE: I think I read the first one of these a long time ago, but never managed to continue.

MELINDA: I’d like to read these light novels, because the manga adaptation has mostly not done a lot for me. Maybe I’ll like it better in its original form.

MELINDA: So much skeeze these days, it seems. What’s up with that?

SEAN: Kodansha is still speeding up Fairy Tail. Vol. 26 ended with out heroes in a bad spot. Will they continue to get the crap kicked out of them here as well? Oh, probably, this arc is 7 books long and this is only Book 4 of that.

MELINDA: This is one of those long series I keep thinking I’d like to try (Hiro Mashima is such a charming guy!) but I’m perpetually intimidated by its length. Should I start it anyway?

SEAN: There’s also a new Negima omnibus for those who missed it, this one taking us into the Magic World arc that proved to be much better than anyone was really expecting.

MICHELLE: An omnibus cannot tempt me to read Negima.

MELINDA: What she said. 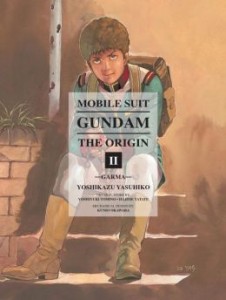 SEAN: Lastly, and most important, we have the 2nd volume of Gundam the Origin. Vol. 1 blew me away with how cinematic it looked, how easy it was for a Gundam newbie to get into the story, and how much care went into its design – this is a gorgeous book intended to stay on shelves for long periods. Get it now, it’s also a limited item.

MICHELLE: Finally, something to look forward to, and I agree with you completely, Sean. My only complaint is the focus on plot over characters, but that’s not enough to dissuade me from picking up volume two.

MELINDA: Same here. I thought the artwork in the first volume was absolutely stunning. I’m looking forward to more!

ANNA: I agree, Gundam the Origin is the only thing I’m excited about this week. Given the limited print run for this special edition, I’d advise fans to pick up their copy sooner rather than later.

SEAN: What manga makes you go three times faster just to get it?