Fight scenes are practically synonymous with manga and anime. Few people can think of anime without thinking of two over-muscled men throwing energy beams and punches at each other while screaming for minutes on end.

These people are wrong, and most likely stopped paying attention to anime and manga back when Dragonball Z first came out in the west. Not only is there obviously much more to manga than fighting, but even shounen manga, the posterboys for fighting series, go beyond two muscled mastodons beating the crap out of each other.

Fight scenes in manga can range from straightforward, brutal beatings to calculated strategic encounters between two opponents. The purpose of this column is to explore the many flavors of fight scenes found in shounen manga, as well as some shoujo and seinen manga.

For many manga fans, Naruto was one of the first series they ever read. And while the series’ value is hotly debated among the various camps of manga fans, it cannot be denied that in its early run, Naruto was very different from the typical shounen battle manga. Fights were developed and executed in a much more cerebral way, making them far more interesting to read. 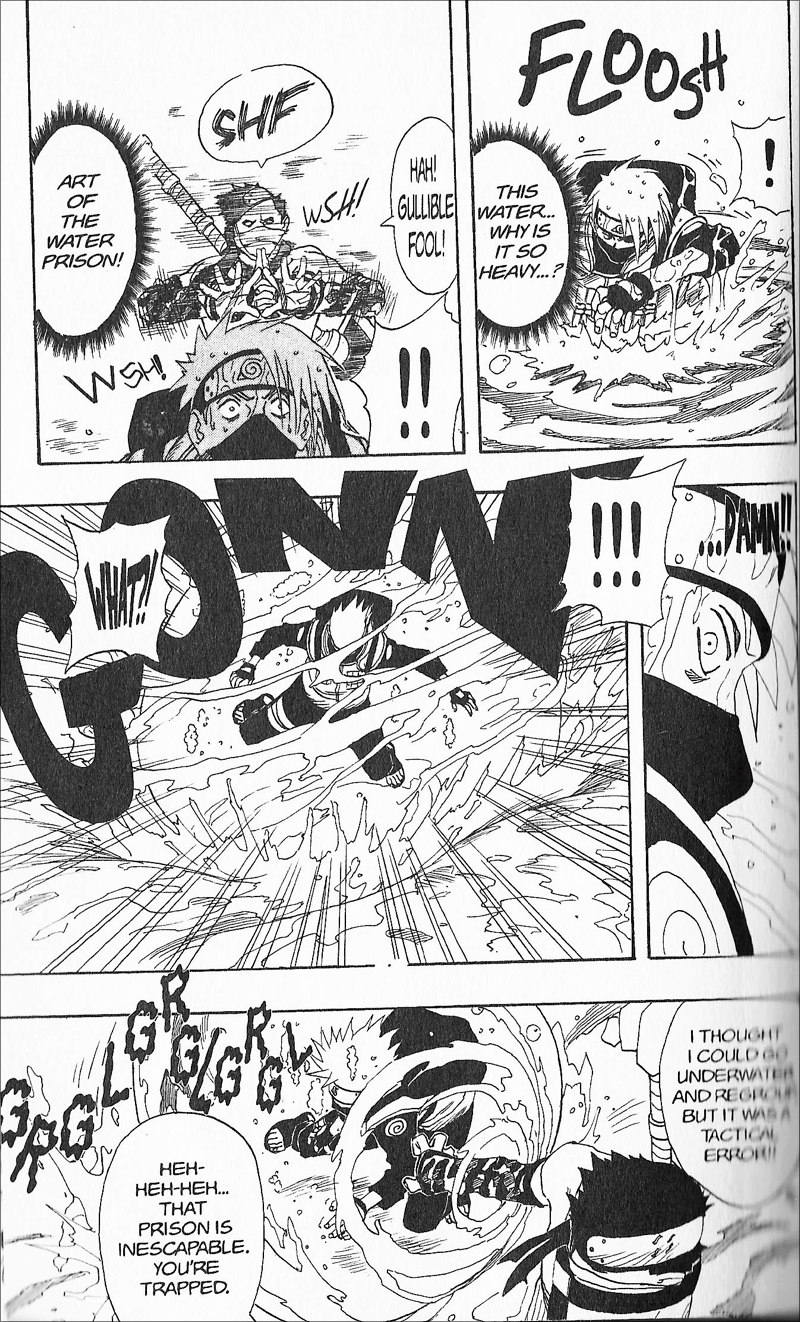 The most indicative of this style is in volume two, chapters twelve to fifteen—the first fight against Zabuza. The fight begins with Zabuza being set up as a serious threat, both through his actions and the words of others. He is shown as being on par with (and momentarily superior to) Kakashi, who until this point has been the strongest ninja in the series. With Kakashi (a ninja who has already bested Naruto and his team) incapacitated, the protagonists find themselves facing an opponent they cannot best physically. 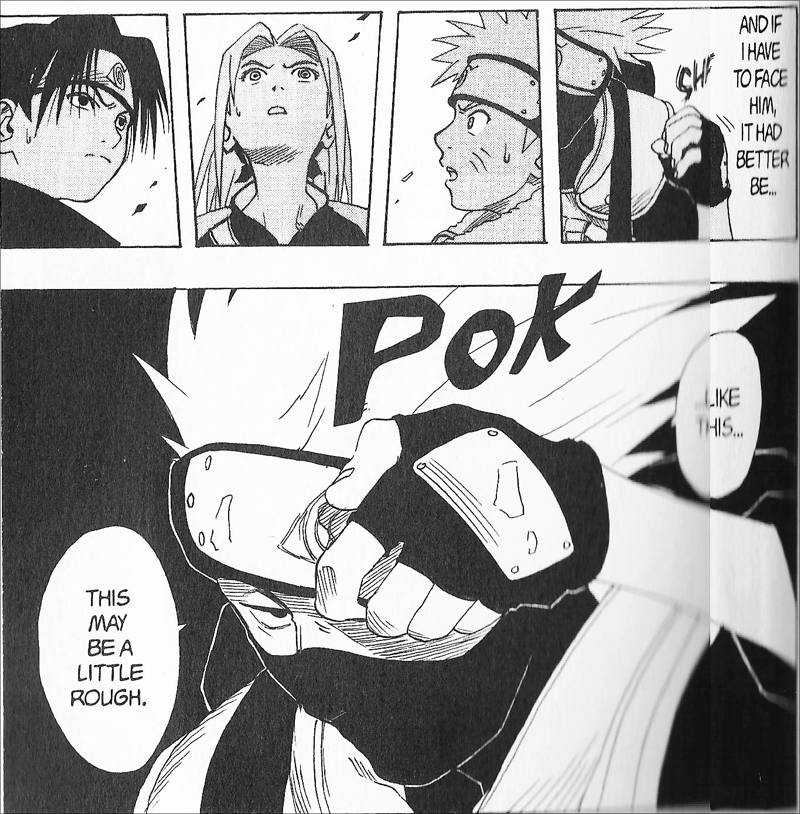 So they do what they did not do when fighting Kakashi; they use teamwork and tactics. The climax of the fight involves Naruto using a complex strategy involving turning into a throwing star to get get behind Zabuza and free Kakashi. 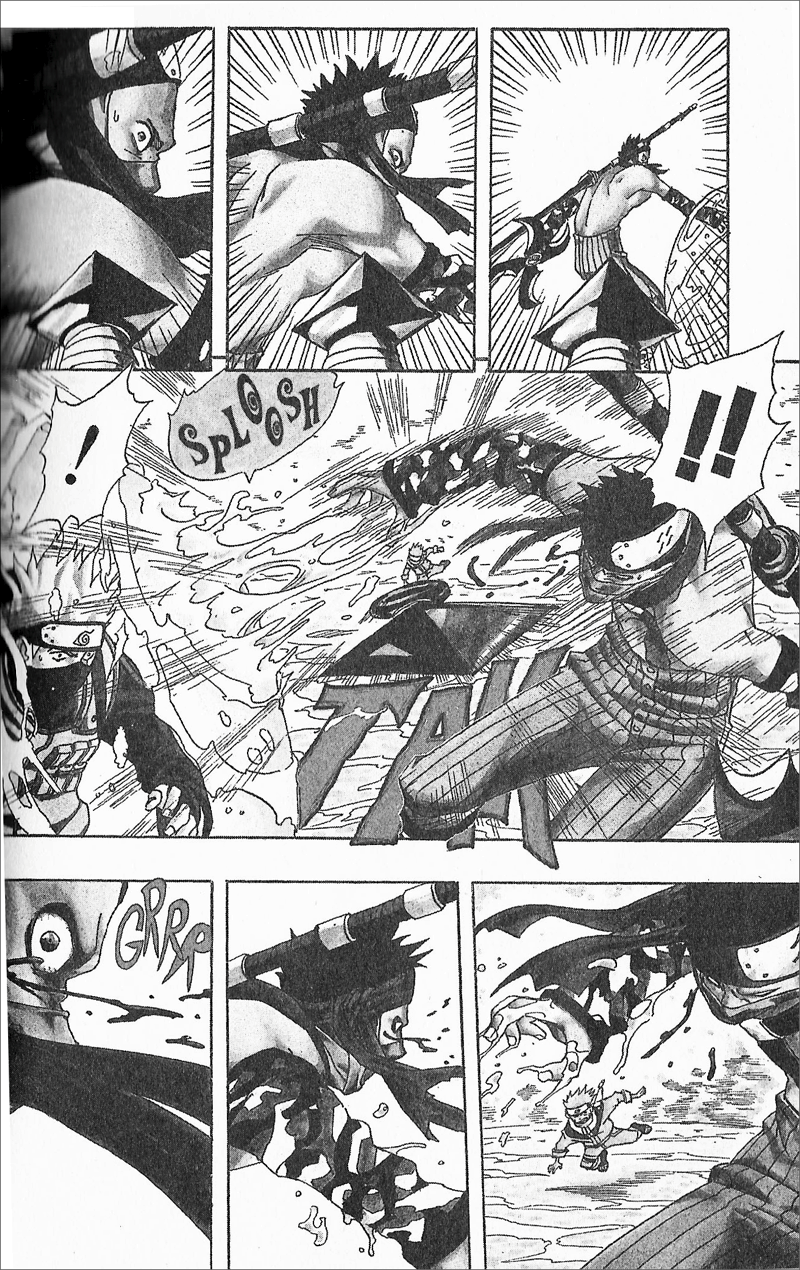 Some might say that Naruto and Sasuke failed, as Zabuza was taken down by Kakashi in the end. And they would be correct, if not for the fact that the purpose of the fight was not to defeat Zabuza, but instead to free Kakashi so that he could defeat Zabuza. With this goal accomplished, the fight was a success for Naruto and Sasuke. And since two twelve year olds taking out an adult is ludicrous, this is essentially one of the only ways to have resolved the fight while remaining believable, or as believable as any shounen manga ever gets. Masaki Kishimoto understood his characters’ limitations, and set up a battle in which they could be victorious while still remaining true to those limitations. 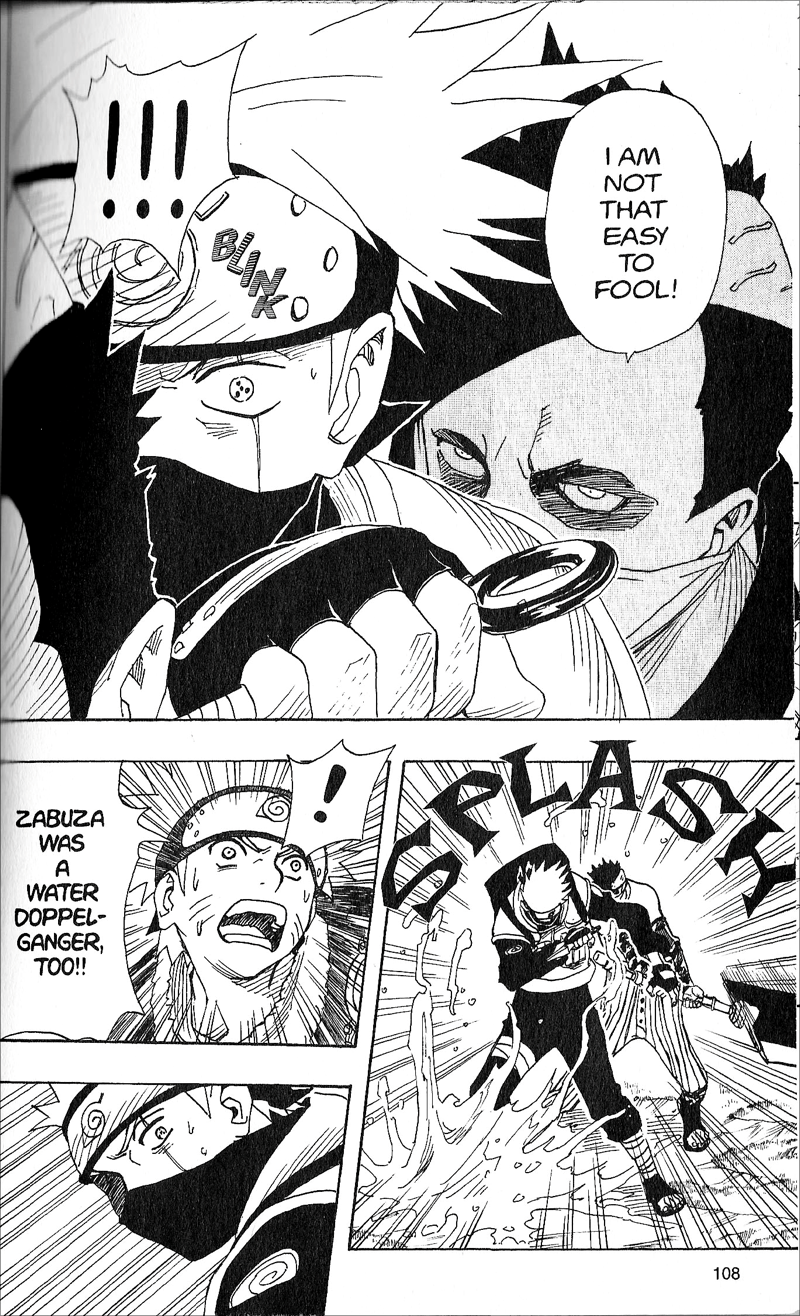 The fight focuses on intelligence over brute force, and if one thinks of fight scenes as a mystery plot in which the mystery to be solved is how the opponent can be defeated, then it becomes easier to determine what makes a good fight scene. No one would ever consider a mystery story where the protagonist stumbles upon the answer rather than working it out for themselves to be a good example of the genre.

Likewise, sudden powerups only work to a fight’s detriment. What sets Naruto apart in the early chapters is that most of the fight scenes progress like the fight against Zabuza did, with focus being given to fighting tactics rather than power levels. The way opponents are defeated involves intelligent solutions more often than not, which makes the fights more intellectually stimulating than their cousins.

Derek Bown writes anime and manga reviews at Burning Lizard Studios. If you have any fight scenes from manga you want him to look at, mention them in the comments.