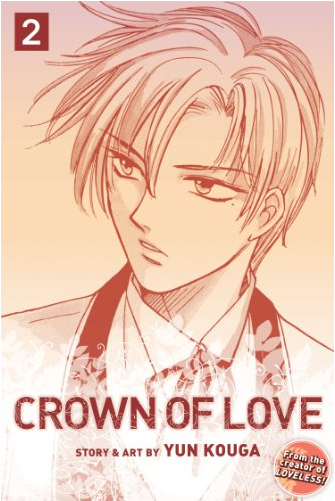 With Hisayoshi’s help, Rima crams for the Hakuo High entrance exam. Terrified of losing the opportunity to spend time with her, Hisayoshi attempts to suppress his true intentions but is thrown off-guard by unwelcome attention from another idol with whom he’s been cast in a commercial. With the spotlight narrowing decidedly on Hisayoshi, can Rima ever see him as anything but a hated rival?

This series’ hero, Hisayoshi, continues to be both intensely creepy and surprisingly relatable. It’s a combination guaranteed to make most readers uncomfortable, but it’s also one of the series’ greatest strengths. Watching Hisayoshi perilously straddle the line between crushing teenager and bona fide stalker quickly becomes a rather terrifying series of “There, but for the grace of God,” moments for anyone who has experienced unrequited love (in other words, roughly everyone). His inner thoughts echo the kind of late-night self-confessions that rarely see the light of day, tucked firmly away in those dark, hidden corners where shame and denial conveniently coexist.

Meanwhile, Rima remains full of contradiction. Certain at every moment that the entertainment world is poised to chew her up and spit her out, she feels threatened by everyone. She is also desperate for approval, even from those she fears most. Her own obsessive crush reads closer to poignant than creepy, but even there she’s filled with resentment more than anything else.

Kouga’s art really shines in this series, putting her knack for pretty faces to great use, while maintaining a subversive undertone. With the unevenness of the series’ first volume behind her, Kouga continues on with a lot of clean paneling, breaking into more free-form shojo-stylings only in the story’s most dramatic moments.

It’s truly a pleasure to see a new shojo series making good on the promises of its first volume. For teenage romance with a dark, cynical bite, check out Crown of Love.